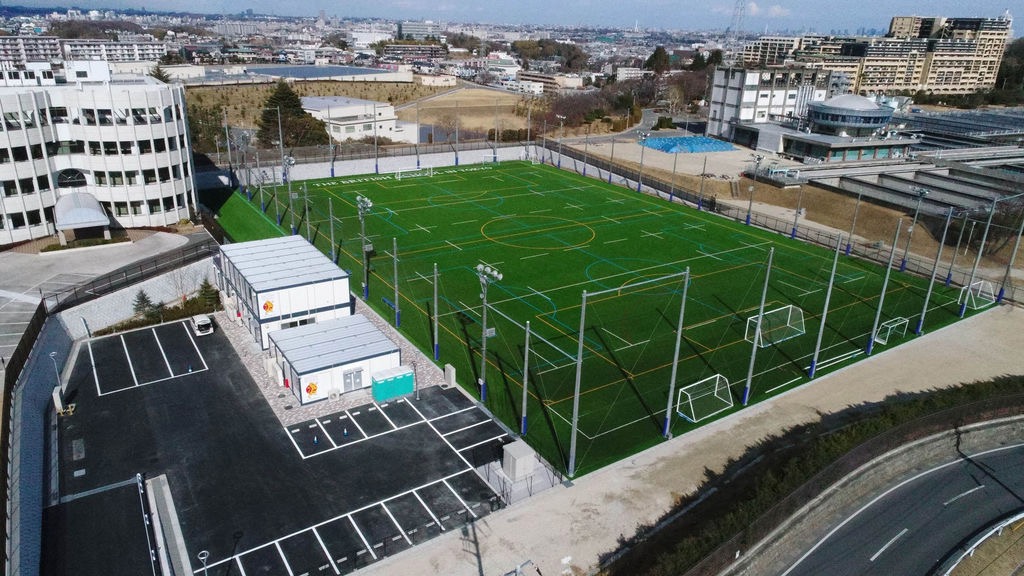 I arrived at the British School in Tokyo in August 2017 and began construction of BST’s first purpose-built facility in September.  Until then all BST facilities had been rented and repurposed so the sports ground project was the first project the school, and I could really put our mark on. 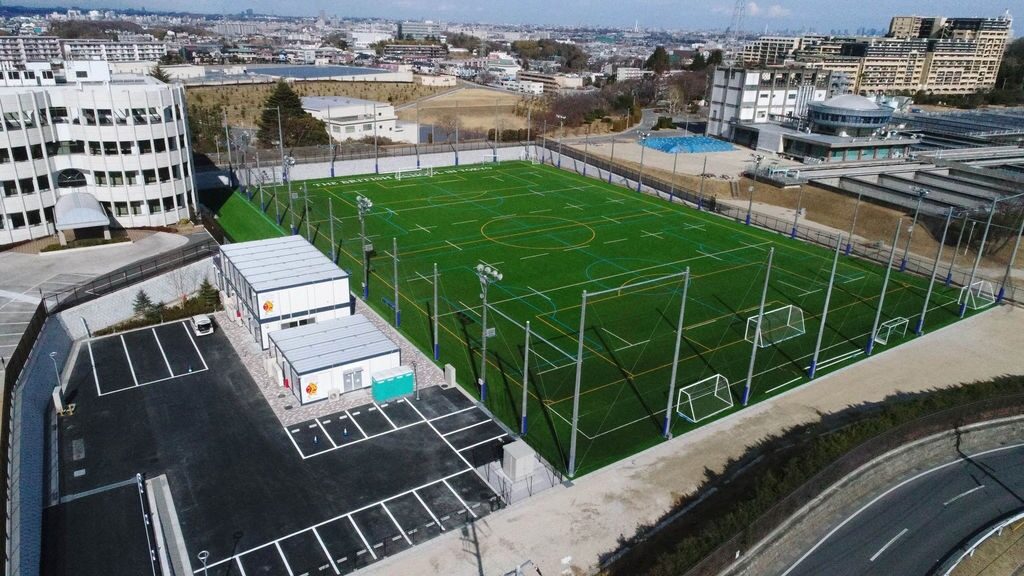 There were 2 months of final planning applications then groundwork began to clear the former waterworks site.  That gave me 4 months to plan the field and clubhouse facility.  The total site was 9,900 square meters and securing the site had taken 2 years so no time could be lost in turning this from a disused waterworks to a much-needed sports ground.  The field brief was to focus on football but include rugby, hockey and cricket.  And we needed a clubhouse with 4 student team changing rooms, adult changing rooms and a large meeting/gathering area.

The field tenders came back and a winning bid for the was chosen.  An RFP then went out for the clubhouse, looking at reinforced concrete, timber frame and modular construction options.  The selection process for the clubhouse continued as the groundwork was set on the field. 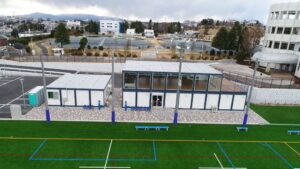 And then the inevitable delays due to planing and some finer details, frustrating but necessary to ensure the complete success of the project.

By March 2018 the project was back to full speed, clearer and levelled ready for field drainage and foundations for 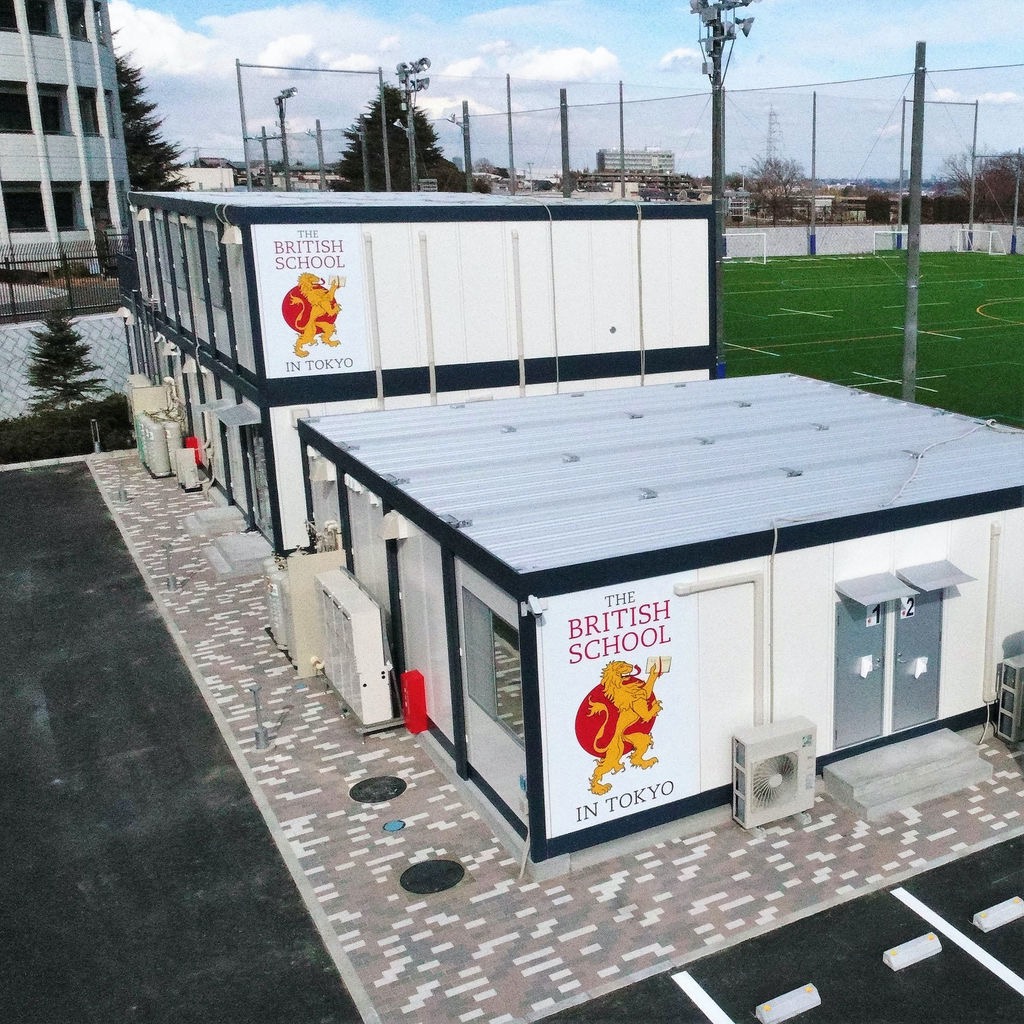 post, lights and the clubhouse.  Construction continued throughout the summer and the ground was handed over in November 2018 and at last BST Sports had a home to call their own.

A fairly straight forward project with challenges in the historical nature of the site, the importance of the neighbouring water treatment plant and general conservative nature of construction in Japan.  The BST community were excited and supportive of me and my team throughout the process and grateful upon completion.  I am sure this ground will be the source of much pride for the BST Community for many years to come. 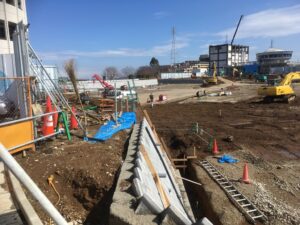 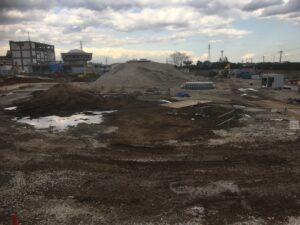 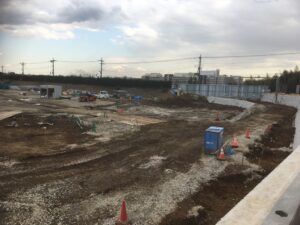 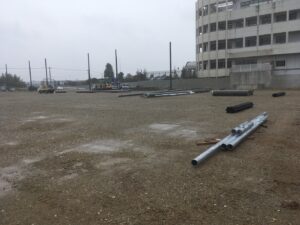 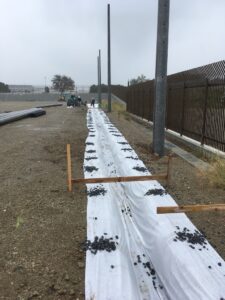 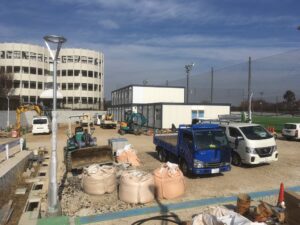 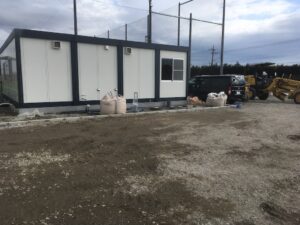 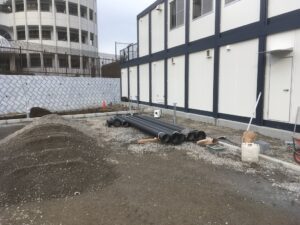 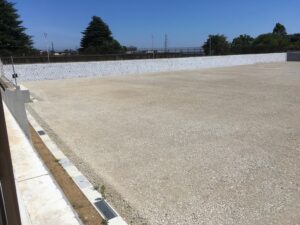 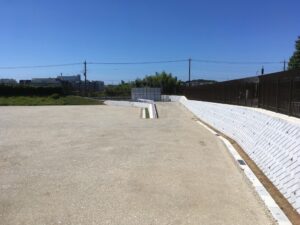 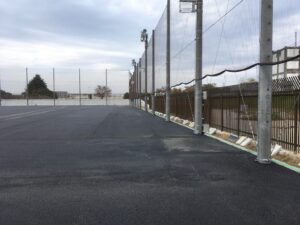 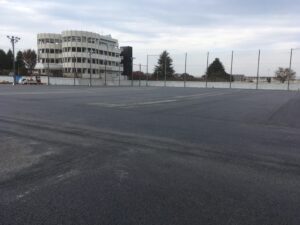 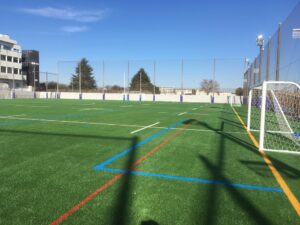 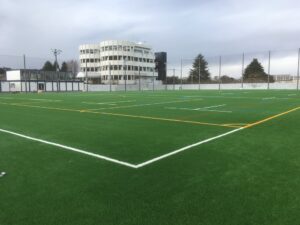