I began working as the Director of Operations at The British School in Tokyo on August 1st. 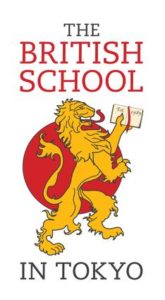 The move to a larger more complex school was a good challenge.  When I arrived the school was spread over 2 campuses with 1,050 students from Nursery to Year 13.  Two years later the school had 1,150 students and three sites.  I was instrumental in building the third site, and my post on the Nagasawa Sports Ground can be found here.

Internally I worked to revolutionise the Music space at the BST Showa campus, taking a 60-year-old space not built for music into a state of the art fit for purpose and beyond space.  Working closely with the music department to come up with an excellent space for our students and faculty.

The final project I worked on in BST was the ‘Central Tokyo Project’ now published on the school’s website here.  An ambitious yet achievable project for the school.  Working with a major local contractor to build an Early Years and Junior Schol in the heart of Tokyo with a capacity for 900 students.

On the tech infrastructure side, I led the move to migrate our systems into one domain name taking away a cumbersome system that had been allowed to grow as the school did.  Bringing systems into one domain and into the google schools suite allowed my tech team to build online request pages for all of the functions that had previously been taken care of by phone, email or visiting in person.  Upgrading this system to an e-system meant better control over information and an increase in accuracy of results.

I left the British School in Tokyo on July 31st 2019 after accomplishing much in the newly created position of Director of Operations.