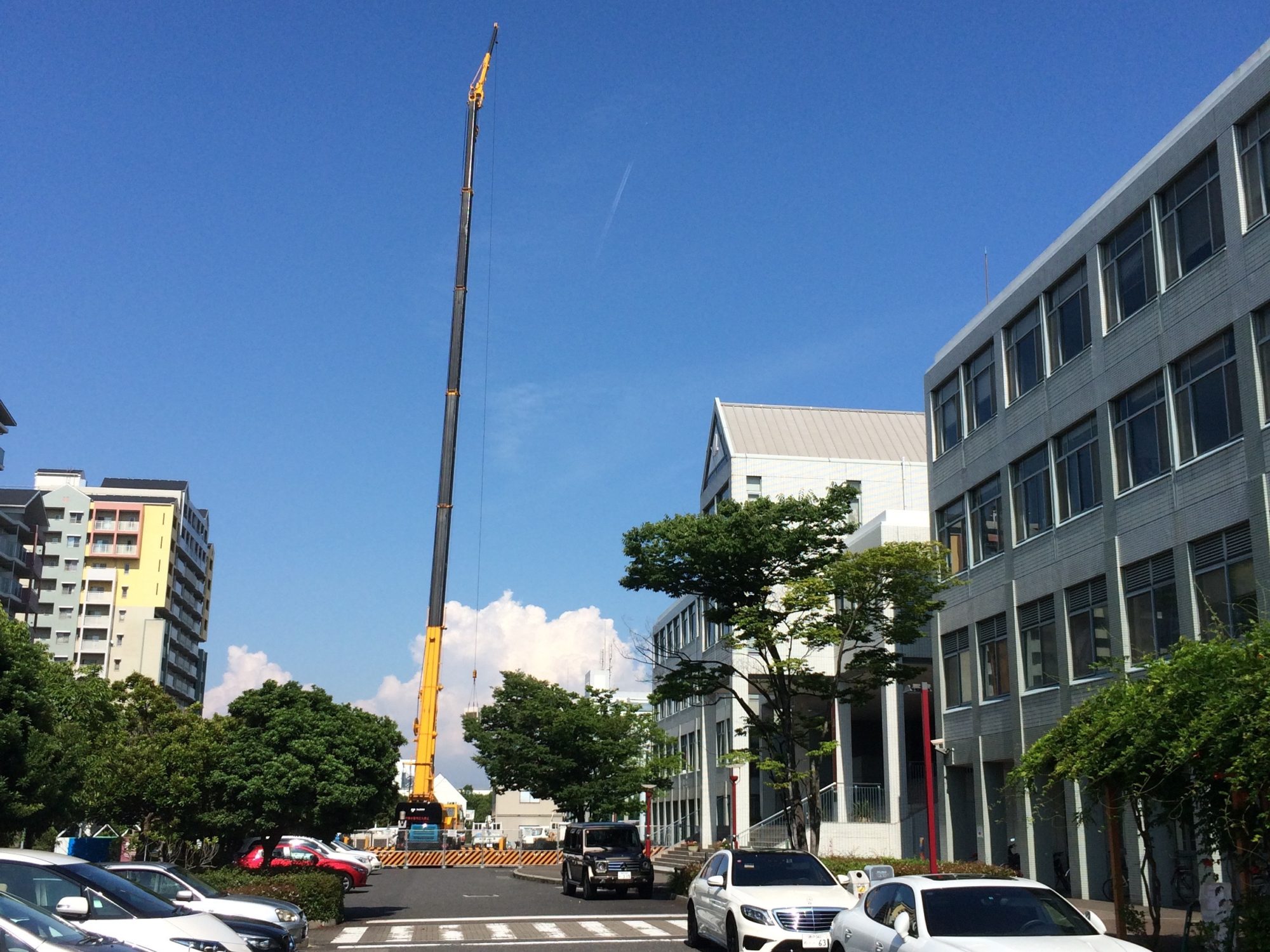 The school’s main building was constructed in 1990.  Previously Canadian Academy was positioned high above Kobe in Nagamine dai.  The previous building had no air conditioning due to the elevation and the historical lack of this technology.  The ‘new’ building was designed with no air conditioning and a fancoil system was included in the plans late in the day as an afterthought.  It worked… but not very well.  The fancoil system was only ever designed to add a few degrees of warmth in the winter and a few degrees of cool in the summer.  The fancoil system was inefficient, the whole system had to be on to heat or cool even one room.  Furthermore, the fancoil system ran on gas and the school only had one possible supplier of gas.  The system was 23 years old and showing its age when I began investigating a replacement.  Time for a change and an upgrade.

Determined to break the school’s reliance on one supplier, I bought in an RFP process and approached 5 companies.  I had chosen a good range of gas v electric, proprietary v open systems and various types of construction companies.  This approach paid off and the school benefitted from the option of four different solutions.  After pitches, Q&A, repitches and conversations with all stakeholders, Panasonic was chosen as our preferred supplier and construction company.  Funding was put in plae and the project was confirmed.

The RFP process had done it’s job.  I had sucured the best product at the best price and was confident of the benefits for the school.  Now the challenge was to change 260 units accross 71 classrooms, 10 offices, a cafeteria, gymnasium and common areas in 8 weeks and not negatively impact summer school!  All of this in 35 degree Japanese summer.

Happy students, faculty and parents.  For the first time since Canadian Academy moved to Rokko Island we all had a pleasant cool environment.  During the RFP process an oportunity arose to add airconditioning to the main gym which was too hot in the summer and too cold in the winter, not any more.  Now any event, no matter how small, can be hosted easily and effiiciently without the expense of the out fancoil system.

The school is now able to purchase electricity from any number of vendors and annually I review electricity to find efficiencies.  The new airconditioning heats or cools a classroom in 15 minutes whereas before the fancoil system had to be turned on at 6:30 am.  The new system has a BMS attached allowing the school to set timers and remotely operate individual airconditioners.

Here are some before and after pictures.